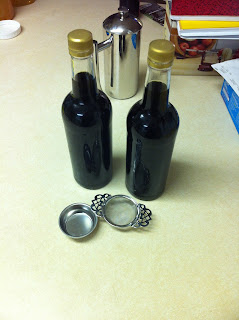 Directions:
·       Put wormwood, anise seed, and fennel in a large glass jar with lid.  I use 1/2 gallon mason jars.
·       Add Everclear.
·       Stir herbs in jar every day for 2 weeks. By stir I mean invert jar so that the herbs mix in the alcohol.
·       Strain out herbs.  Use a jelly strainer, wine press, cheese cloth and strainer, whatever you have.  Try and squeeze out as much of the liquid as possible, or let sit overnight in jelly strainer.
·       Add the rest of the herbs and let sit for 2 more weeks.  Again, stir jar every day.
·       After two weeks strain again and store in bottle.  Store in cool, dry, place out of direct sunlight.
·       This batch gives a very strong liquesce flavor and scent.  Most other notes are subtle.  The aftertaste is bitter, but not overwhelming.   Next batch I will use less star anise (or omit it completely) and either increase the peppermint or add wintergreen.  Every time I drink it I think it would be great with root beer, which made me think of using the wintergreen.

Notes:
·       The green color comes primarily from the wormwood, peppermint, and fennel.
·       The first group of herbs added is called the Maceration.  Traditionally it was done with wine and then distilled.  The remaining herbs would then be added, called the Finish.   In this recipe I follow this same procedure due to space limitations.
·       The three main ingredients of absinthe are wormwood, anise, and fennel.  They are often referred to as the “Holy Trinity”.
·       Common taste/aroma/color enhancing herbs are calamus, star anise, hyssop, angelica, coriander, Melissa, chamomile, roman wormwood, mint, juniper and cardamom.
·       Wormwood wine dates back to Roman times.
·       Do not confuse Grand Wormwood (Artemisia absinthium) with Common Wormwood (petite, mugwort, roman wormwood).
·       Thujone is the active constituent found in wormwood.  It is responsible for the “absinthe effect”.  Grand wormwood has a much higher concentration than petite wormwood.
·       The anise is responsible for the louche effect (clouding).  It is caused by interaction of the oil dissolved in high-proof alcohol, and the addition of sugar and ice water.  A louche effect is one of the markers to look for in “good” absinthe.  It is also responsible for the appearance of ouzo. 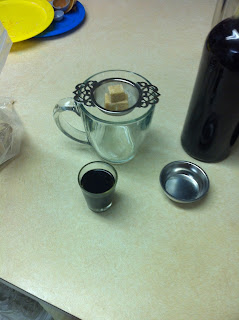 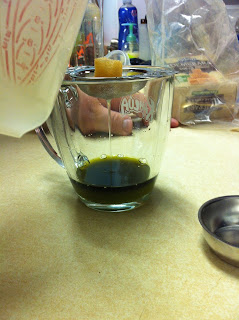 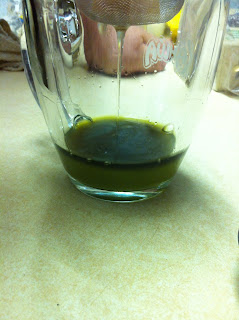 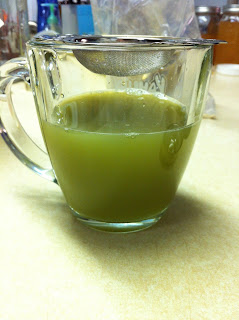 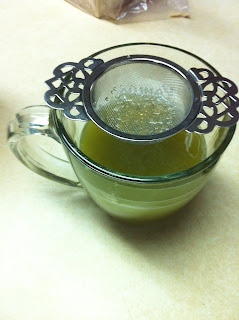 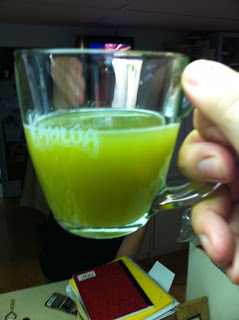 4.       Enjoy!
NOTE: Enjoy responsibly, and carefully.  While the dangers of absinthe consumption are greatly exaggerated (it was partly political maneuvering, originally), the thujone content of individual harvests of wormwood can vary greatly, along with the extraction rate--meaning when you use wormwood at home, you cannot predict the amount of thujone in the finished product. --- Dun Gleanne
© Dustin Shull, 2015. The Author of this work retains full copyright for this material.  The recipes, photographs and other contents therein may not be used for any commercial purposes.