Summer coming up, I wanted to make something light and fluffy...and felt a heffeweizen would be perfect.  Especially since I happened to have Weizen yeast in the fridge.  This brew day is from April 2nd. 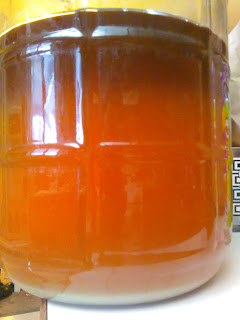 Some time ago a friend made a comment about Pike's Kilt Lifter being delicious and theoretically doing the job in its name...but having an Irish persona (and brewery), I decided this was inappropriate.  Kilts are only nominally period (pre-1603)...so I decided to make an imperial Irish red and name it leine lifter (leine being the primary garment of 16th century Ireland). 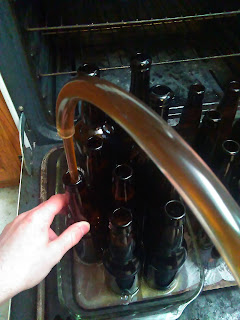 Read more »
Posted by Brann mac Finnchad at 2:00 AM No comments:

Some time ago (last harvest season), I was given some locally grown Saaz by a friend.

Sadly, they were not processed as they should have been, having been exposed to far too much oxygen.  Regardless, I decided to soldier on with my plans of brewing a single hop beer with them...eventually settling on an Export helles as my style of choice. 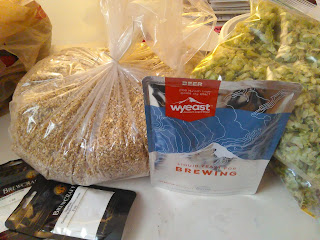 Read more »
Posted by Brann mac Finnchad at 3:00 AM No comments:

When it came time to bottle the Saison du Bruegel, I needed something to put on the yeast cake...I decided on a sour saison.  Brewed on 1-29-17.

While saisons are supposed to be slightly sour or notably bitter, people rarely do a sour one.  So, with the American style saison yeast (saison parfait from Bootleg Biology) and some Nelson Sauvin hops eyeballing me in the shop, I decided to make a sour, dryhopped saison. 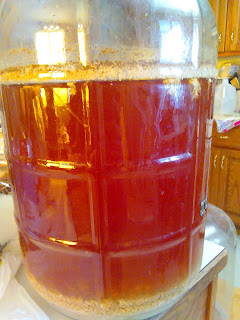 Read more »
Posted by Brann mac Finnchad at 1:00 AM No comments:

I'm going to attempt catching up on my brewing posts, guys...I have been brewing--more than ever--I promise, but just not sharing them.  I brewed the ginger stout on New Year's Day.

When I first proposed the idea of a dry stout with ginger, folks were...skeptical.  But really, it's similar flavours as in gingerbread, so I call that fairly safe.  The idea was brought about as something to let me use the yeast cake from the ginger cider. 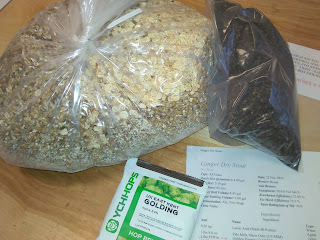 In designing the recipe, I wanted something fairly standard for an English stout, but on the low end of the roastiness, allowing the more chocolate and coffeelike flavours from the grains to dominate those flavours.

Well, I think this has been a good year brewing wise; I've brewed a fair amount, and upgraded my system to include an actual mash tun (even if I am keeping my full volume BIAB brew style because it's so darn convenient)--allowing me to parti-gyle with much more ease.  I also learned a lot, tried out new techniques (step-mashing, in particular), and done new styles (sour/funk).

So, fancy yeasts are hard to get up here, beyond some wyeast...so when I saw that Bootleg Biology had homebrew pitches up for sale, I jumped on it; purchasing the Saison Parfait (clean), Funk Weapon 3 (a fruity and mildly funky brett), and their Sour Solara Fall 2016 (full on mixed culture).  This recipe came about by my wanting to quickly use the Saison yeast with a rustic, multi-grain saison. 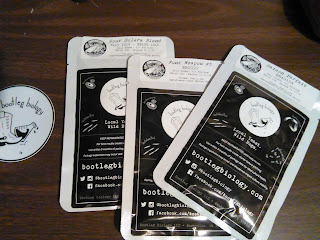